New old news for you and me ♫

For your daily dosage of rants, discussions and pretty much everything you may want.
Have fun, discuss the size of your girlfriends boobs, and some pics are welcome too!
13 posts • Page 1 of 1

New old news for you and me ♫

Ok friends, it's time for some news.

First, if everything went alright you've all noticed the new CWA layout. At the moment it's being forced as the default style for everybody, I'll bring the option for the old one back when I'm definitely done with this one.

The layout should be working fine in Chrome, FF, Opera and IE10. Have got some troubles with IE9 and lower, so if you happen to use older IE versions and see hickups here and there, please take a screenshot and send it to me :)

The current width is 1000px but it should be safer to get it down to 960px, so that's one of the upcoming changes. Also well, the CWA logo might need a new look :) And finally, the current page title isn't too great for referencing.

As we are on the CWA subject, it seems CWA will turn 15 this years! CoffeyCup estimates the birth date in mid-1998. You can see the oldest archived CWA page here.

Speaking of old pages, XOOM removed the goddamn robots.txt from their servers and thus a lot of old fansites are now reachable through the Wayback Machine. CarMACgeddon sadly isn't part of the lot (besides a couple of pages) but some others like Splat Central or Splat on Mac! became proper zombie websites :) I already updated the RR2000 Links with some new stuff, but there are many left to add (don't hesitate to tell me if you find any).

Other zombie sites of MUCH interest are the SCi Carmageddon page circa 1996, 1997 and 1998! It's a blast from the past, coming with beta screenshots, logos and infos! Don't hesitate to wander around and use the Wayback Machine calendar thing to switch between capture dates. On that subject, QTZ brought more demos/rolling demo online (might require DOSBOX), especially a Splat Pack Zombie demo :)

Last bit about old sites, but not quite zombie this time: Crashocalypse seems to be getting back on its feet for good this time with the comeback of cArmAkAze and the restoration of all the files.
In the same vein but not that lively, OSC is now hosted on tosh.com at this address: osc.toshiba-3.com. Bruner_James uploaded his last backup and updated the urls accordingly.
Would be nice to hear from LJ or something about TheSprayShop...

CoffeyCup lately announced he had actually acquired polygonized.com. In the process he set up a page with what happened to be hidden (and for some, lost) files, including cars, patches and tools. He also revamped the homepage of his own webspace :) And last be not least... The Carmageddon Car Name Generatuurrr.

This news seems driven by past stuff eh? It's not over yet: CWR and I updated the ChromeGod v2 once more, read about it in its topic. Shutting_Down came back to the community and updated 14 YEARS LATER his nifty savegame editor Carmeditor 2, making it seriously complete and useful. That should be all for the past.

In other news, we issued patched versions of CARM95 allowing higher resolutions but also further ped draw distance. Details in this topic.
There's a similar tool to ENB (and it can be coupled to ENB) which works a bit with C2 and it is called SweetFX. Read about it here and there.
nGlide has been updated to v1.01. Nothing that really concerns C1/C2 though.
One year ago, Errol made a very useful tool called TRixx which can convert pixelmaps from C1 and C2 into other formats, but also create C1 PIX packs out of a folder! (without any bitmap limitations or anything). You can download the program here :)
While I was at it I also uploaded the old Smacker tools suite. (to make C1/C2 SMK movies)

Almost there. I forgot to say that the devWAM style will be updated to match the new CWA style, just different colors and header. It will be better like that I think.
And finally, I added a mod to CWA that allows admins to merge user accounts together. This is very useful if you have several accounts and want them all merged into a single one without losing your reg date, posts, username etc. Don't hesitate to contact me about this.

Epic news post! So much has been unraveled from the past!
Top

No shit, man what boat load of news. It's almost like ole times with all the stuff goin on. I love it!
MacCarpocalypse | coffey.polygonized.com | CoffeyCup's Gallery
Top

Nice, tons of news!
I was getting worried when I saw CWA looked different, didn't want to see another chap in pants up in the banner.
[ Razor @ Carmageddon Webmasters Alliance Network ] [ My Downloads ] [ My Carma Items ] [ Conversion lists ]
To download the BETA Mod and more information on my other work, visit me @ https://razor.cwaboard.co.uk
Top

Great work guys, both on the news and the new CWA feel/skin

Just a suggestion, in the footer is it worth added the carma sites that are still active (small links :)

That would be nice, since we're the Webmasters Alliance, heh.
MacCarpocalypse | coffey.polygonized.com | CoffeyCup's Gallery
Top

I forgot one more thing: dgVoodoo 2.12, nothing special though.

@n3wton: Great idea yes :) Rotating banners etc. like in the old time crossed my mind, but it's too 90s-ish! I'll see for a nice list of superlinks down there.

Great to see the community still going strong after 15 years, not many games can claim to having a fanbase as rabid as ours. Thanks for the mega-update, Tosh!
Crashocalypse | carmakaze77@gmail.com
Top

I just enjoy seeing my name on the internet.
"I know, I know - the rest of the world thinks Americans are arrogant. And to be fair...f**k you." Adam Ferrara Top Gear U.S. edition

Mega-bumping this just to post this 1996 poster featuring the original logo in hires and tagline. 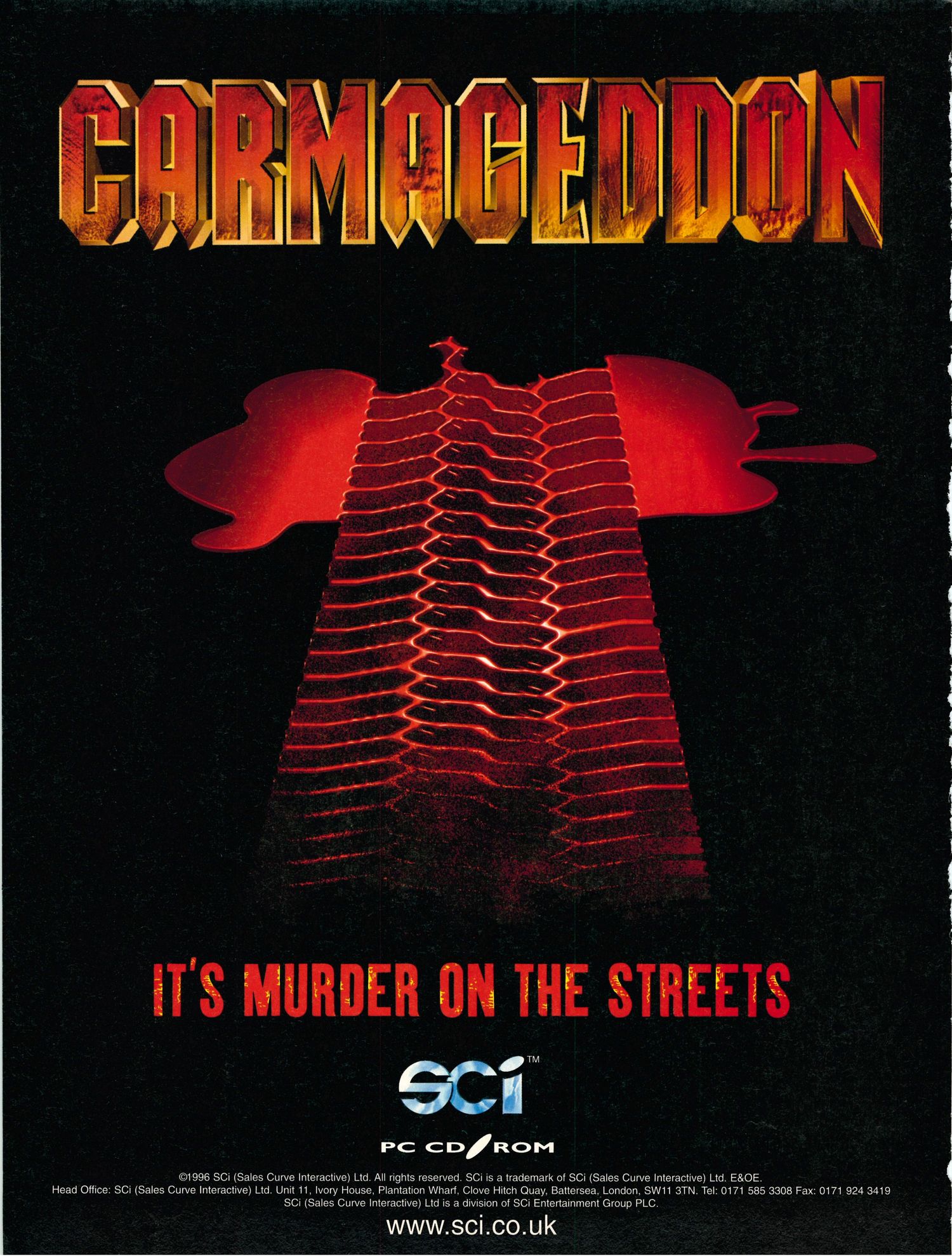 Haha this is great!