This forum gathers all the official activity that accompanied the revival.
96 posts

Sim here with another competition for you! OMG ANOTHER ONE? YES! We decided to run ANOTHER competition, to give EVERYONE a chance to win some of our lovely Carmageddon SWAG!

To read the rest of this competition please visit the competition page. To enter, please submit your entry as post to this thread.
Top

Me and my brother have a box full of fridgerator words we do this with, but they don't contain insults so they're funnier to use :P

Still must be possible to get some hilarious out of this.
Top 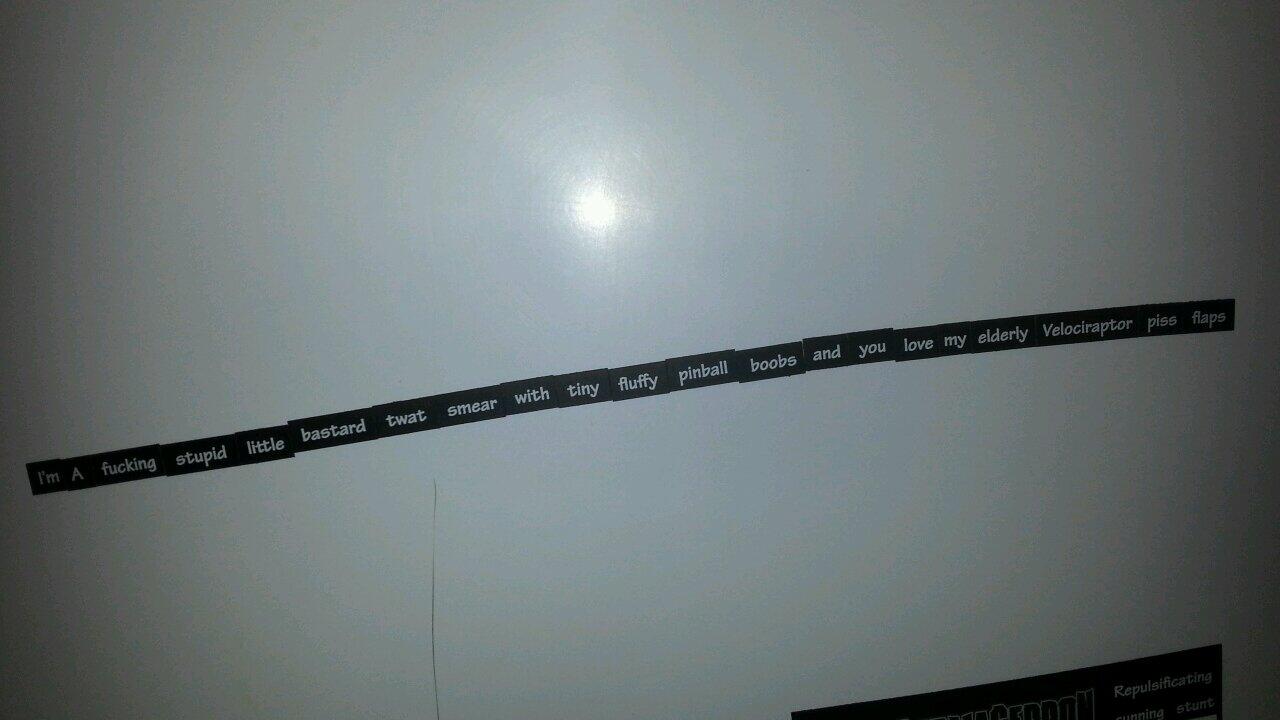 heh
[ Razor @ Carmageddon Webmasters Alliance Network ] [ My Downloads ] [ My Carma Items ] [ Conversion lists ]
To download the BETA Mod and more information on my other work, visit me @ https://razor.cwaboard.co.uk
Top

Not my most poetic moment, I agree. But it's the best I could come up with, so there you go...

Can we use a word twice or is it limited to actually only having one pair of fridge magnets?
Top

Fireman - yep your limited to this one set of fridge magnets :) so no doubling up ;)
Top

The destruction of Carmageddon Reincarnation is a elderly motherfucker

Spreadin' panic and mayhem, this holy bastard was going to piss into your car and smear shit on Max Damage.

Eagle guts stick in your meat and shitting bunnies spread on the granite.
Top

Not my real entry..
Top 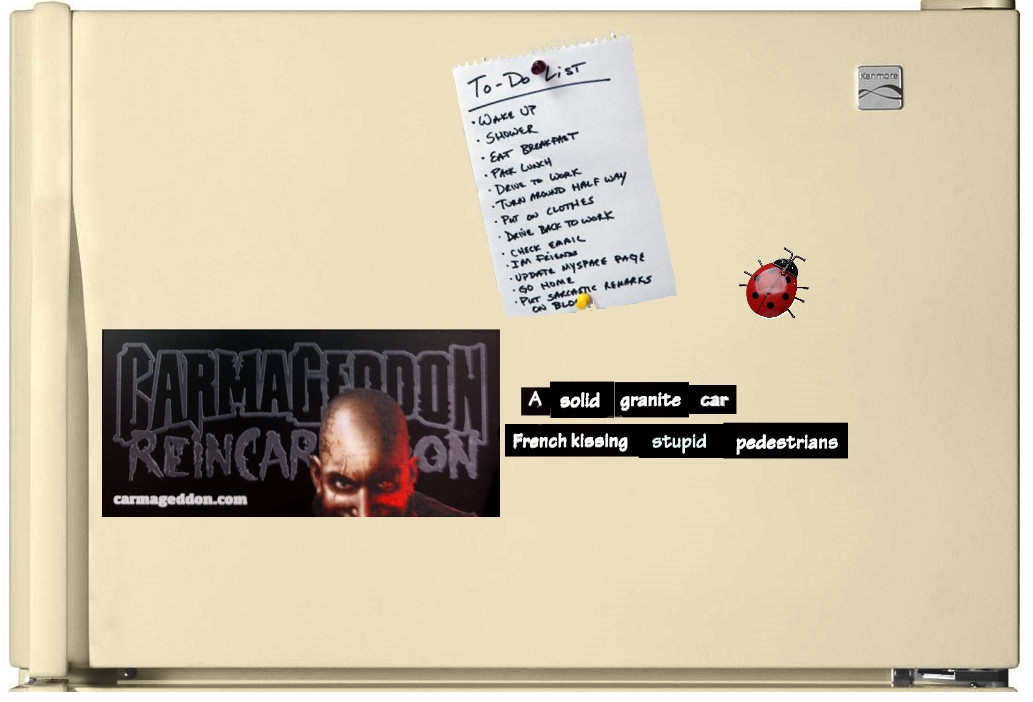 I want to stick my tiny love piledriver into God Damn Grannies with spread piss flaps and smear shit on the elderly mutant boobs!
Top

with Carmageddon Reincarnation you stick your head 5x into A Velociraptor cunt and spread the arsehole to take in many giant solid granite cocks of elderly mutant pedestrians!
Top

I'm A God Damn pinball giant and you love it.
Top

*Eldery Max is into fluffy cocks.

*Holy Anna is a bitch - was fucking cows.

I'm not entering as I've already got a set of Frig Magnets, but here's some fun me and my wife had with them today (click for a bigger picture) 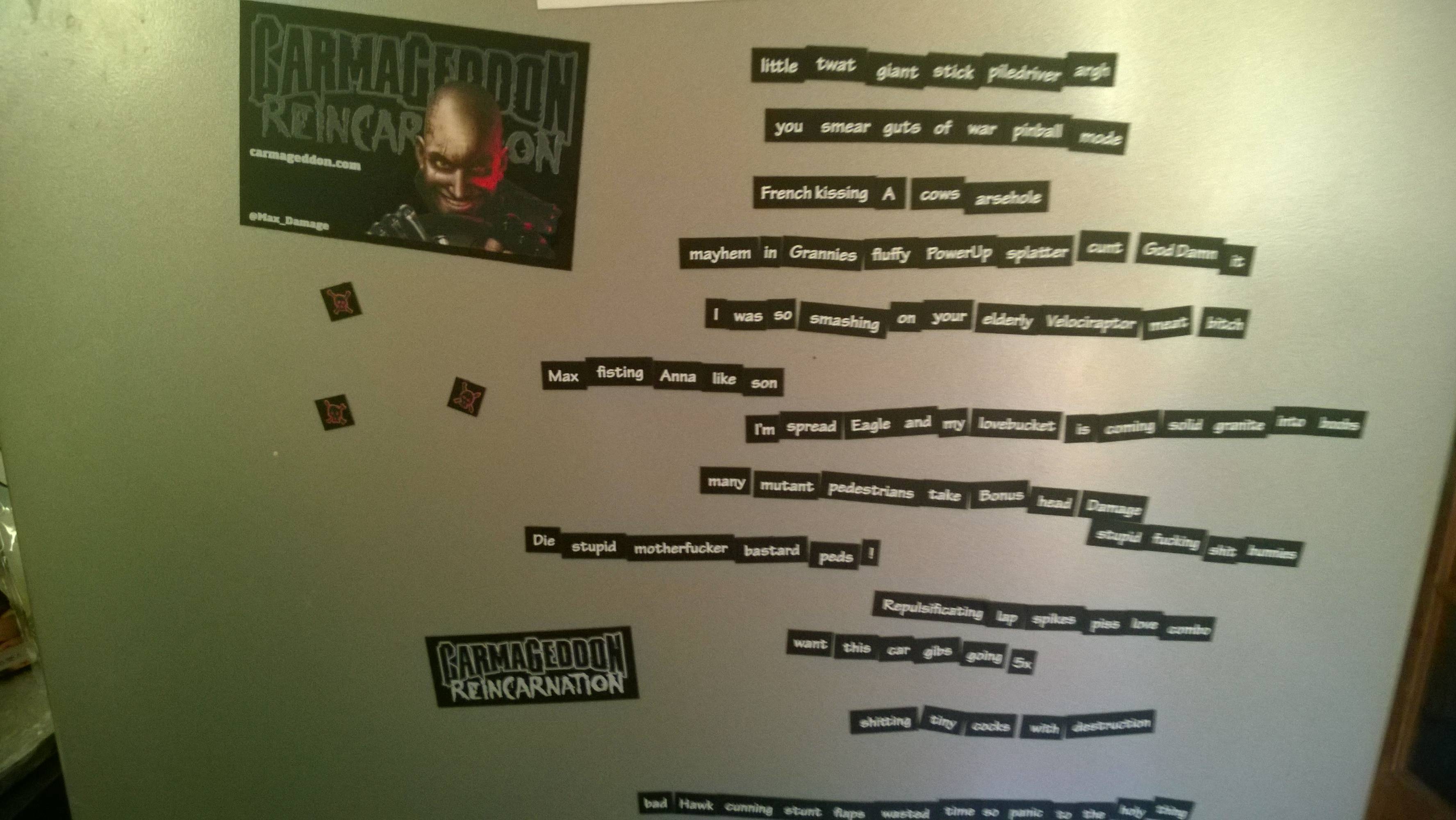