*Trying to untangle himself from a huge-ass cobweb that looks as if it was made of stainless steel*
Jeez.. Nobody been in here in a while... Hey Dean! (echoechoecho).....
Hmm...
***When I die may I be surrounded by scattered chrome and burning gasoline***
Top 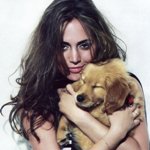 Dunno... I mailed... or ICQed (can't remember) Dean last week... I haven't get an answer yet... so... let's hope this project doesn't die but... it surely looks like it is dead already
Top

Ugma...Dead, mebbe....dunno if Dean's still online (checking who's online)...
Thass too bad if it is dead. Lotsa nice C2 vehicles were dreamed up because of this.
***When I die may I be surrounded by scattered chrome and burning gasoline***
Top

heh.... it comes down to the question of is this gonna work... we used to have a bunch of people who wanted to do this..... Personally, I am leaning more towards converting another engine over to what we need for this.... If anyone has been watching, though I am sure you guys wont agree too much of using GTA's Renderware engine to do what we need to do... After all, almost ever facet of what was discussed here can be done there.

Checking over the limitations of GTA, I found that some of the key things that people had said about it where untrue.... I can hold as many or as few vehicles that you want. All you have to do is ID them. So, say you want a maximum of 200 different types of vehicles, then you will have to name each one, give them an ID number and whatever parts you need to give them.

GTA, May require that wheels be IDed sepearate from the cars, in the game there is apparently 10 types of wheels, so if we up that to 20 or 30, then that will suffice for what we need, I guess. However there does seem to be a limitation on wheel size... the front and back have to match... which can be a little tricky.

Anyone who has the game check over the default.ide file, in a text editor and you can see roughly what is being done. We can make a master file of model numbers and simply adhear to that in the end.
Top

sounds good to me, now all we need is someone to do it
Top

well, that is simple, we need concept art... Maps, Ideas for game concepts, character sketches and the like. I got to thinkin, and the fastest way to do the conversion is to limit the number of things that we do to the same thing that GTA currently runs.... Like 10 wheels, some 80 or 90 cars. New track parts, many map areas, new zones, new gangs fighting left and right, new weapon designs. We can do some checking on the original designs for weapon configuration on cars. At some point we need to decide on poly levels and texture levels for cars and such. We will go over how to make and setup cars for GTA and get them into the game. After we get stuff into the existing GTA engine, then we need to start figuring out how to redo the entire thing. Not a huge task, just a big undertaking.

OK, first thing, in designing a map for GTA you need to be aware that GTA uses instance Geometry, that simply means that there is a piece of text code that tells GTA where, what and how big an object is. I noticed in the game that they have two basic types of map scenery. Permentent structures, like bridges and buildings that appear in the distance, as well as close up, and dodads, which are like bushes, trees, storefronts and the like. Ater the basic geometry for the city is done, and worked out how it all works, then we need to work out how the dodads will be done. If you have a look around at other games, you will find varying ways to do this. My favorite is incredibly expensive on graphics memory, which goes the way that Dungeon Siege worked out. If anyone has any questions on how that looks look at this site:

as opposed to this:


Since Ruin Nation revolves more around Post Apocalyptic Earth, and the rigors of life without, then it makes a bit more sense that we concntrate on the environment a bit more then Carmageddon did.

Last I heard about Renderware is that it could push cars at 30k-60k.... There are no deformations, so vert movement is totally out. That means that the engine doesnt have to concentrate on anything but geometry. Given that, I think that advanced Backgrounding can make Ruin Nation far set from the world of GTA, and far better then Carmageddon.

ok, sounds good beroc. one thing i think we need for this to work is a leader, since jp has been gone this thing has all but been forgoten....
Top

Yayus, Buzz.. Seems that way-in fact Beroc seems to be the only one working on ways still that this could work, but isn't it eventually gonna come down to licensing a game engine? (ouch!) mighty expensive, no?
***When I die may I be surrounded by scattered chrome and burning gasoline***
Top

Heh, that all depends... do we mod GTA3, or do we create a game..... Moding GTA3 is free and requires MODers. The problem with modding is you can't sell it..... However making a video game costs money to produce, requires programmers. The potiential profits can be incredible, however, we dont nessecarily have the backing to do all that.

You wanna make a cool game, sometimes you have to make certain sacrifices. We can get the ball moving, make content and fulfill our game, or it can sit and wait on the "Programmer" to show up, and wait. My gamble.... Is the Mod good? Good enough to take to a game company, show them my name in the mod and set a price? It doesn't seem like a lot, but for you guys out there who are askin how you get into the game field. There are two answers, work your ass off, or work your ass off. either you go to art school and work your ass off, or you make available to public domain the stuff you want to make and work you ass off, doesnt matter.

Modding for GTA3 requires the use of Zmodeler, or any program capable of producing a 3ds file. I am not sure yet, but I think that GTA may use 8 bit textures and 8 bit alpha channels, so color may be at a premium, however you can use precolored geometry with shading, which can be very invaluable. we will just have to know what is right and what is wrong.
Top

Sounds good to me... I guess it's a good idea to mod another game cause otherwise we won't do a thing, about licensing a game engine, why don't we first mod GTA, see how it comes out, and if it is as good as we expect it to be, then license the engine... I guess...
Top

er.... um.... I would rather be on the back side, I dont mind doing small things, but I think that the wieght of the whole thing is a bit much for me. I am more into coding little things, like I got a dff importer from another guys site for Max 5, I coded it out for max 3, and will probably make an exporter from it. I wouldnt mind being with a few other guys as a head of something, I personally believe that we need to first, see who is left, and what they would be willing to do and learn. Most of the guys here are still using CarEd, which wont work at all, second, they will have to learn some of the more nit picky things that involve making things on a much larger scale. There will be alot of coding to do in max to get this done though, I will try to get it done right...

I am concnered about vision here though, that is why we need some roughs to start with, maybe a character rough, or a few, just to set the people. Maybe some environmental stuff. We need direction in that. I remember we had a basic plot, we need to refine that to what we are doing. Define how many worlds it will be, how many plot twists, and stuff like that.

Once I get the first mod into GTA using script, then successive ones wont be that much of a problem. We also need a few people to start ripping GTA apart and seeing what and where things are. Increase teh level of understanding amongst the group.

As far as moding the game, then if it works, licensing it, that is pretty much out of the question.... the core of the programming for GTA is Rockstar Games, and they probably wont be willing to lease it, the Renderware Engine can be bought, but would be futile when using Rockstar's Core.
Top

I just enjoy talking...LOL... even if no one will listen... Sometimes I enjoy answering myself too....
Top

Amazing... One of the last people to get involved & Beroc has shown some awesome qualities of leadership! Beroc, You ROCK!

In my absence I was considering the mod Idea, myself. As was stated above, the mod should come first. THen, if it's good enough, we make the attempt at getting it marketed. Let's lay out some ground work first, though. Setting, character's, etc...