For your daily dosage of rants, discussions and pretty much everything you may want.
Have fun, discuss the size of your girlfriends boobs, and some pics are welcome too!
11 posts • Page 1 of 1

Hah!
A nice find by Trent

Carmageddon: Crashers is the next step for the Carmageddon brand, bringing the unique blend and experience that is Carmageddon to the iOS and Android platforms.

It offers the players a similar motoring mayhem experience, but with gameplay designed to appeal to the burst-play mobile gamer. The game will be Free To Play – the model adopted by the majority of successful games on mobile platforms.

With excellent graphics and focused monetization, the game creates an experience that allows the player to satisfy the urges of their inner ‘Max Damage’ and release everyday stresses by having high speed head-on crashes in crazy customised racing cars.

Carmageddon: Crashers will be available on iOS and Android during the fall of 2016.

Should you want any more information on this, please contact: Jason@advintgaming.com

The upcoming Carmageddon game for console gamers has just had a release date announced, which is June 3rd, 2016 for those of you that are curious as to what that date is. One thing that hasn't really been mentioned yet though is that this game will be getting a mobile companion called Carmageddon Crashers.

While the developers are labeling this as a 'mobile companion', they don't go into much detail as to whether this is a companion app or a mobile spin-off game. Our guess is that it is the latter of the two. The new Carmageddon: Max Damage game for console will come with three different gameplay modes, including a multiplayer one, and plenty of bloody, guts, and bodies bouncing off of car hoods.

It should be safe to assume that Carmageddon Crashers will have plenty of its own blood, guts, and bouncing bodies, although as we mentioned, there isn't much in the way of details about this title right now beside the fact it exists. The good news is that we will be going hands-on with Carmageddon Crashers during GDC 2016 next week, so we will be able to fill in the gaps shortly.

(...) That's cool! And tell us about Carmageddon Crashers. It is something like a spin-off or an entirely new thing?
The fact that Carmageddon very rich history. The first part we did in the late 90s. And it turned out impossible to be successful. But then for ten, twelve, or somewhere in the fourteen years we have been very different projects. Then we were able to regain the brand Carmageddon. And the first thing we wanted to do a remake of the old original parts. Return, so to speak, our 1997 th. And this idea was embodied as time in Carmageddon: Max Damage. And we are trying to turn familiar to us gameplay Carmageddon mobile using Carmageddon Crashers. Well, you know, riding on smartphones and management take place a little differently. And yes, it really is the first spin-off series Carmageddon. So we are developing in different directions! (...)

Heh! I kinda thought this would generate some discussion at least

Errol and CzechDeath paid a visit to Stainless lately and apparently had a lookie at the thing, here's what Errol had to say about it:

it's a very unique take on the franchise

Heh! I kinda thought this would generate some discussion at least

Well yeah! I was on holiday for the past three weeks so I missed it. Sounds very interesting. Free to play, hmm... Well, that is starting to be the norm anyway, so why not. And indeed, where are all the reactions guys?

How cool to visit the office. I wish it was a bit closer to my home so I could have joined.
Top

I can't wait to see an actual gameplay video. 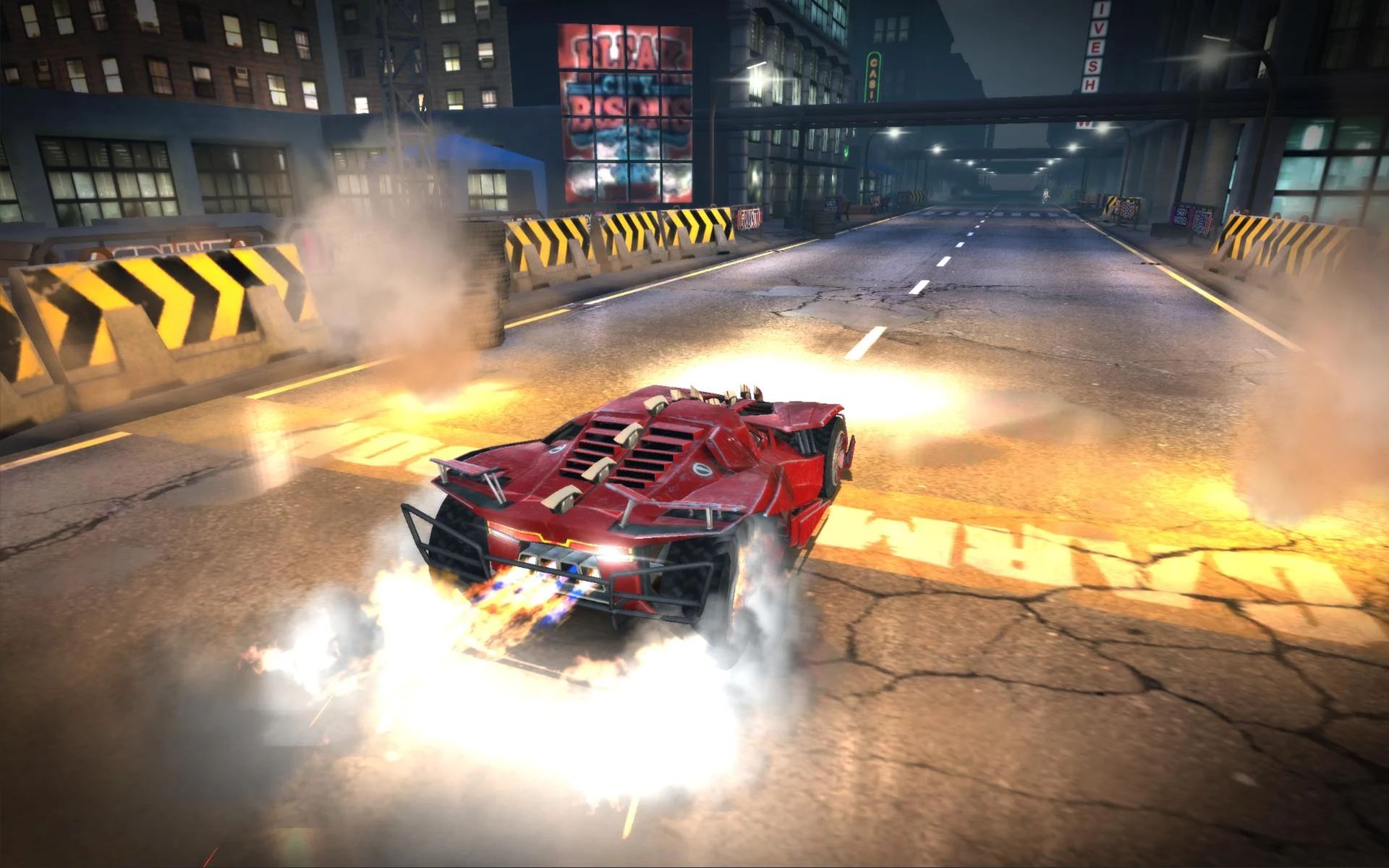 You can also see the screenshots in their native resolution there:
http://rr2000.toshiba-3.com/gallery/thu ... p?album=23


*Please note this game is currently in BETA and is still undergoing development. Should you encounter any bugs, glitches, lack of functionality or other problems please email us at support@carmageddon.com*

The Bleak City authorities and the media have branded the latest craze that’s ripping up the city streets as “Destruction Drag Racing”… The drivers and fans taking part in the carnage have their own name for it: Carmageddon: Crashers!

Crashers is drag racing with a difference... The cars start from opposite ends of the drag strip, and race straight at one another. There can be only one outcome… Wreck or be wrecked! It’s your mission to get to the top of the Crashers league, defeating all in your path – including a bunch of seriously unhinged Bosses. Buy new cars, upgrade them, and end up with a garage stuffed full of smashtastic metal mangling machines!

Crashers has crazy race fans who love to play “chicken” with your car; it’s got a host of visual Upgrades for your cars; Sponsors to boost your winnings; and PowerUps to boost your thrust, increase your armour, or add zappers that will fry the race fans as you roar down the road!

[youtube]PwtCjjhNp_8[/youtube]
if the player doesn't load: 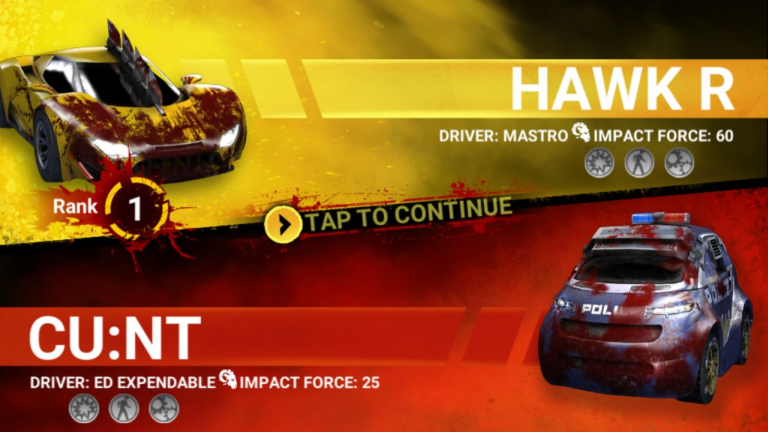 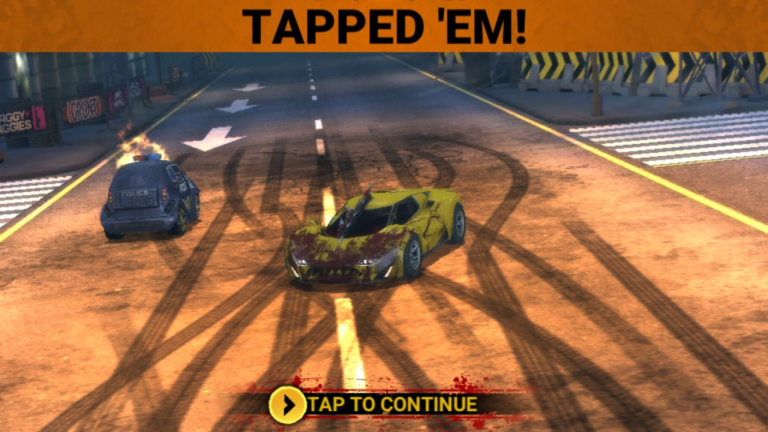 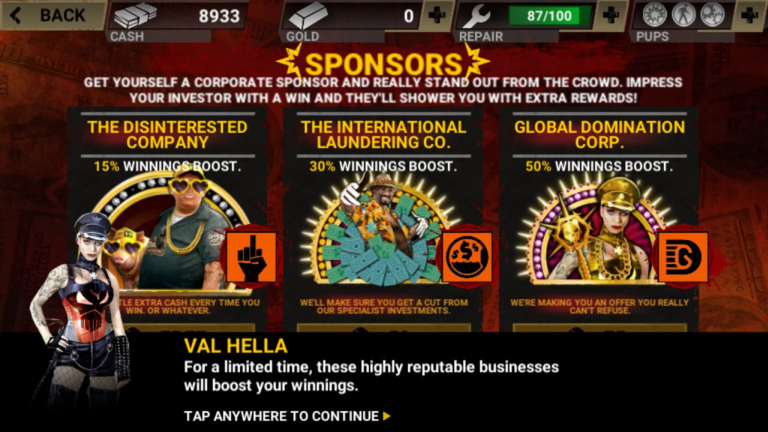 I know it's a bit late but I have just spotted they put "ram indicator" on top - look on video here: http://www.carmageddon.com/news/carmage ... ilable-now :)

I was think to put such graphics to C1 - they borrowed my idea? - to display text messages (which are in pixelmaps) with additional graphics like ram (exactly), etc. :)
Top
11 posts • Page 1 of 1